Adults who stammer (AWS) show that you can stammer freely and be respected enough to give a presentation to a whole school/classroom. By seeing the AWS, the children who stammer (CWS) also feel pride and dignity, that stammering is not a bad thing at all, even adults speak like that. 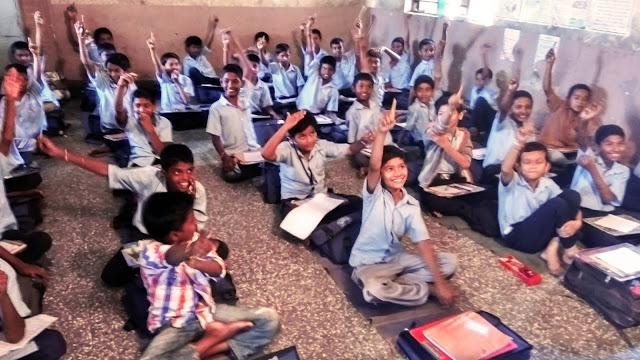 “Kaka yaha paas me koi school hai kya? (Is there a school nearby?)”, I asked the Dhabewala (street restaurant manager) as I took the last bite from my plate of Chole-Poori. We (Vishal and I) were trapped in heavy rain for more than an hour when we went to the Nehrunagar (village) to print visiting cards and handouts for our mission. Realizing that rain won’t stop anytime soon, we went to a local Dhaba (street restaurant) to grab a brunch. Intrigued by my question, the Dhabewala enquired about me. The conversation progressed as we told him about The Indian Stammering Association (TISA) and its activities. We found out that his daughter is a stammerer, so we invited his family to the Self-Help Group (SHG). We hadn’t even set foot in the school after getting the cards and I had already given one card away. It was an achievement in itself and now the excitement was on par with meeting the school kids. Since the rain had stopped by then, we decided to start by visiting the local municipality school and get an idea of how it goes. 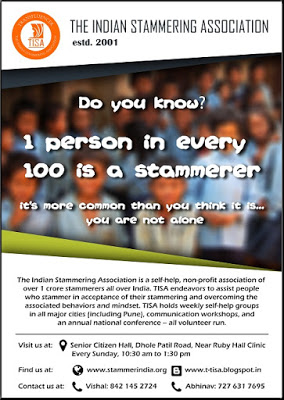 After a 15 minute ride, we reached the school. From Sachin Sir’s prior experience, we assumed that the Principal of the school might resist allowing us, but she was very supportive and we soon found out why. Most of the kids in the municipality school were highly underprivileged compared to the schools we attended as kids, so, the staff were willing to do anything possible to help them. We entered the first classroom and all the kids greeted us by standing up and saying, “Good Afternoon Sir, Have a nice day Sir.” It reminded me of my school days…eh. We interacted with the teacher first. Some of the things which we told to the teacher were, 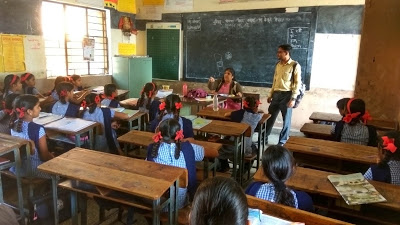 During interactions with every teacher, we handed our visiting cards and handouts to them without fail and requested them to spread the message to anyone they knew who stammers. Then we requested them to allow us to interact with the students. 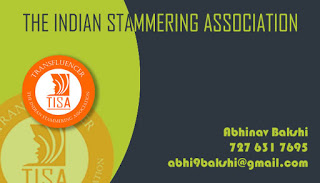 Standing in front of those kids, I remembered the quote by Mark Twain, “The secret to getting ahead is getting started.” So I was trying to start speaking looking all calm on the outside, although there was chaos inside my mind regarding what to speak to those kids who were looking up to me in hopes of learning something new. When speaking to kids, you have to remember that they have a very active mind, and so they get distracted very easily unless you manage to grab and hold their attention. This, I know, since I was the most distracted kid in the entire class, maybe the entire school, who daydreamed sitting in lectures. So, I tried to engage them by asking them about movies. The entire conversation went something like this 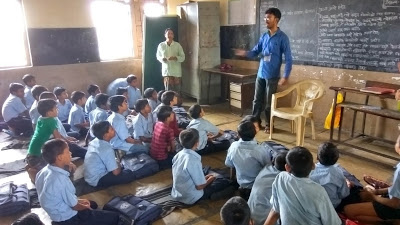 Me: Does everyone understands Hindi?
Kids: Yes (some No)

Me: (again, louder than before) Does everyone understands Hindi?
Kids: (loudly) Yes

Me: OK kids, tell me, who watches movies?
(some kids raise hands, some don’t)

Me: How many of you have seen Golmaal 3?
(some hands go down, some who were down till now suddenly rise up)

Me: So kids, do you remember there was a character in that movie who used to speak like (Making funny face) A..gh…gh…gh…ghhhhh…
Kids: Yes!
Me: What you saw in that movie was just acting, but do you know, that the problem portrayed there is actually real. It is called stammering. Millions of people suffer from it. In fact it is so common, that if you gather 100 people at a same place, you will get at least 1 person who stammers from among them. 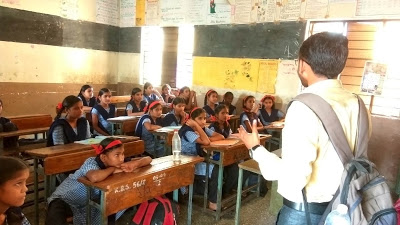 After this I told them about my own story and how I suffered from stammering all those years. I told them that stammering is completely normal and you should not be ashamed of it. In fact, if you encounter someone who stammers, then encourage them to speak and listen to them patiently. 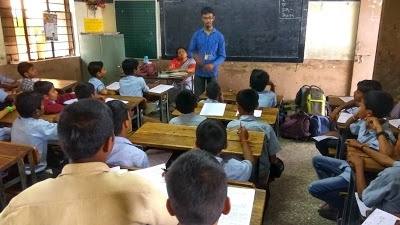 We asked the teachers and kids if they knew anyone who stammers and requested them to convey our message and contact details to all those who stammer. We even called some kids who themselves or others believed that they stammer and interacted with them. By the time the school ended, we visited 8 classes ranging from 5th grade to 7th grade and interacted with the kids at each class we went. We took turns while speaking to the kids and by the end of the day, were completely exhausted. As we left the school building, we were greeted by the same kids we visited in the past few hours who were saying, “Bye Bye Sir!.” Even though it was a challenging step for us, now that we have done it, I can say it was just another step towards acceptance. 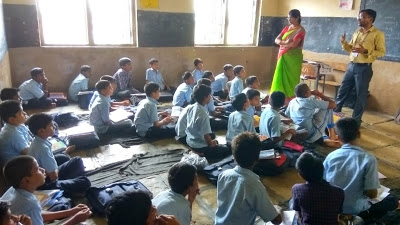