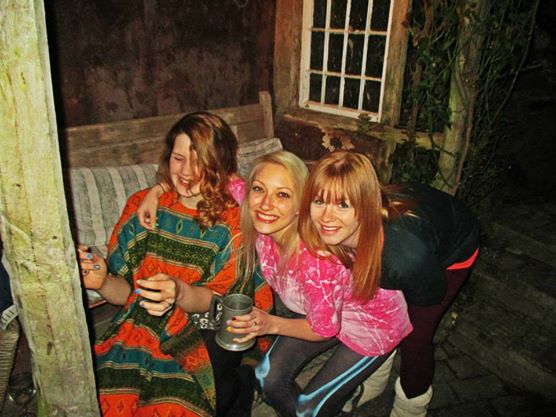 I spent many years through school choosing who to be ‘overt’ and ‘covert’ with. I used to put my stammer down to being comfortable with people, but now I’m beginning to think that it was only because I never tried to hide it.

In the past couple of years I have been on a journey of acceptance towards my stammer, it has slowly grown into my friend and not my enemy. It was only when I came back from the ELSA Youth Meeting, this year, that I began to speak about my stammer openly with my friends. It wasn’t that I didn’t feel comfortable speaking about it, it was because I thought if I made it a big deal in my life, it would become a big deal.

The responses that I had surprised me at first. I had friends say they were proud of me, many were especially interested in learning about my stammer and others asked question after question. It gave me the idea to ask my two closest friends, who I have lived with for two years and have experienced the highs, lows and incredible journey I have been on.

We have written this article to encourage others to speak about their stammer with the people who are closest to them. In my experience, it won’t be spoken about unless you speak about it first. We have to get rid of ‘the elephant in the room’ together.

“When I first met Hayley in primary school I didn’t realise she stammered, it only became prominent when we became better friends. Soon after, my mum noticed that I too was starting to stammer, maybe as a form of subconscious empathy, or because I thought it was an interesting quirk, something that made her stand out from everybody else, I’m not entirely sure. Growing up I’ve learned that not only does Hayley’s stammer get worse around people she’s more comfortable with, but when she’s experiencing stressful situations too; Hayley would often ask me to make phone calls for her so that she wouldn’t have to speak to people, but over the past year, she has embraced her stammer more and doesn’t let it get in her way. Hayley’s stammer is something that I don’t feel I notice very much, it has never made me feel awkward, or made me think of her any differently to any of my other friends and it pains me to think of her feeling self-conscious about it. Hayley’s stammer is part of who she is, and is the driving force behind her charitable and caring personality. If I had the choice, I would never change her so she didn’t stammer, and I know she feels the same.”
Robyn Murray

“I have known Hayley since high school but was not aware of her stammer until we became friends. We have remained firm friends for 6 years now and have been living together for two. I have found that Hayley’s stammer is especially apparent when she is among close friends or when talking about a subject she feels particularly strongly about. So, bearing in mind the length of time I have known her for and our current living situation it would be fair to say that I experience her stammer on a daily basis. I could not imagine her without her stammer.  It makes her who she is and has fuelled her passion for helping people, both in her professional and personal life. It’s a personality trait which I would most definitely miss if she were to try to cover it up. I am so grateful Hayley has not let her stammer hold her back in any way, as if she had, I would not have had the opportunity to get to know her and as a result gain a lifelong friend. ”
Kirstie Challenger