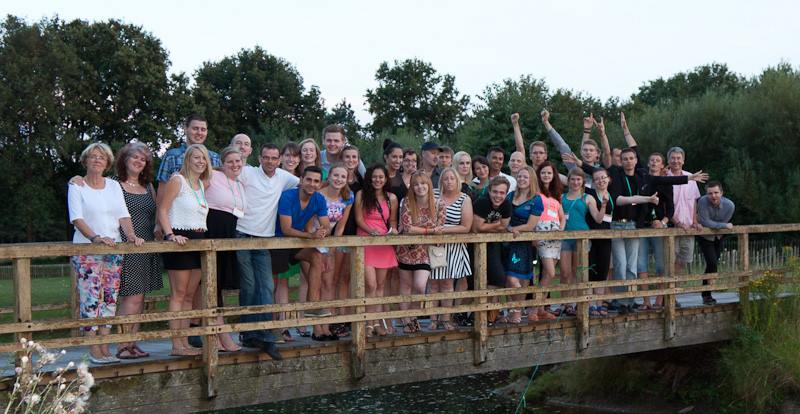 On the 19th – 25th of July this year, I travelled to The Netherlands for the 9th European League of Stuttering Associations (ELSA) Youth Meeting. This was a week for adults who stammer aged 18-28, from all over Europe, to come together and share experiences, support and memories. The week consisted of workshops, lectures, social media, filming and theatre. There was also plenty of time for socialising, dancing and lots of talking.

Before I attended the ELSA youth meeting, I had only been receiving adult speech therapy for six months and I also attended a small local support group. I had met a previous member of ELSA youth meetings who encouraged me to apply as a result of his experiences. I was extremely apprehensive when I found out I had been chosen to attend because it was completely out of my comfort zone. I had never travelled on my own, I was worried about meeting new people and I was away from all of the people who made me feel ‘comfortable’.  Even though I had felt all of these anxieties, I knew it would be a life changing experience as I had never really met anyone, of my age group, who stammered. So, in the end I got up and forced myself out of the front door and to the airport.

When I landed I made my way to the meeting point of the others who were on the same schedule as me. There were 11 of us to start and after we had got the dreaded ‘introductions’ out of the way, we made our way to a café for a drink. As the waitress took our orders, one by one around the table we stammered. The poor lady was slightly confused but I could see for everyone around that table, it meant we had found finally others ‘like us’. This was the first, of many, moments during the ELSA youth meeting that I had truly felt comfortable and accepted.

We spent the week at De Heische Hoeve, a log cabin in the middle of the Dutch countryside, with beautiful surroundings. It was a perfect place to free your mind of any worries and troubles at home. During the week we had lectures on our rights as a person who stammers and workshops on public speaking, assertiveness and conversation skills. We also attended theatre workshops on playing improvisation and creating as a group. In the evenings we were shown inspiring videos from Katherine Preston and Miss Montreal. As well as a guest speaker, Erik Lamens who is a film maker and made an emotional autobiographical film, To Speak, about his experiences. From meeting a film maker, actress and public speaker who all stammered, it was clear that our stammer should never hold us back from doing what we really want.

I have never experienced an atmosphere so accepting and free before. I spent the week laughing, sharing stories and feeling as if I was part of the big ELSA family (which I still feel a month on). I also found parts of the week very emotional as I listened to other people’s struggles with their stammer. On a group exercise a question was asked, ‘who had dark thoughts regarding their stammer?’ In response every person, around 38, raised their hands. That moment and how I felt will stay with me forever because it made me realise that no matter how down your stammer can make you feel, there are others out there who are going through the same thing. Stammering can be a very lonely condition but the ELSA youth meeting took all of those fears away from me as I met friends for life.

We had time for social activities in the form of tandem bikes, canoeing and a trip to visit a local mill. I also learnt so many things about other countries and cultures, we even had an Israelian breakfast one of the mornings, cooked by current members. I additionally learnt a few new things about the UK, from other members, which I probably should have known.

Since returning from the youth meeting, I speak openly about my stammer to anyone and everyone. I had conversations with many of my friends who told me they were proud of me and even some who said I had inspired them to overcome a fear of a condition they had. I have accepted that my stammer is a part of me and I’m even thankful for it because I wouldn’t be where I am today without it. I have finally found the best therapy/technique, and that’s to meet others in the same situation as you.

I then decided to get more involved with the British Stammering Association and set up a young persons group for people aged 18-30. I think it’s important to help people who stammer at a young age before they begin using avoidance techniques or have any psychological effects. I also personally found my stammer the most difficult when I left school, went to university, got a job, moved out and had to find my independence. Without the support I have received, from the BSA too, I wouldn’t have taken half of the steps I have done. Therefore I’m so passionate in sharing the feeling of support and unity.

Because of the ELSA Youth Meeting, organizers and volunteers, I have learnt to treat my stammer as my friend and not my enemy. My world is now a much happier one thanks to these special people.