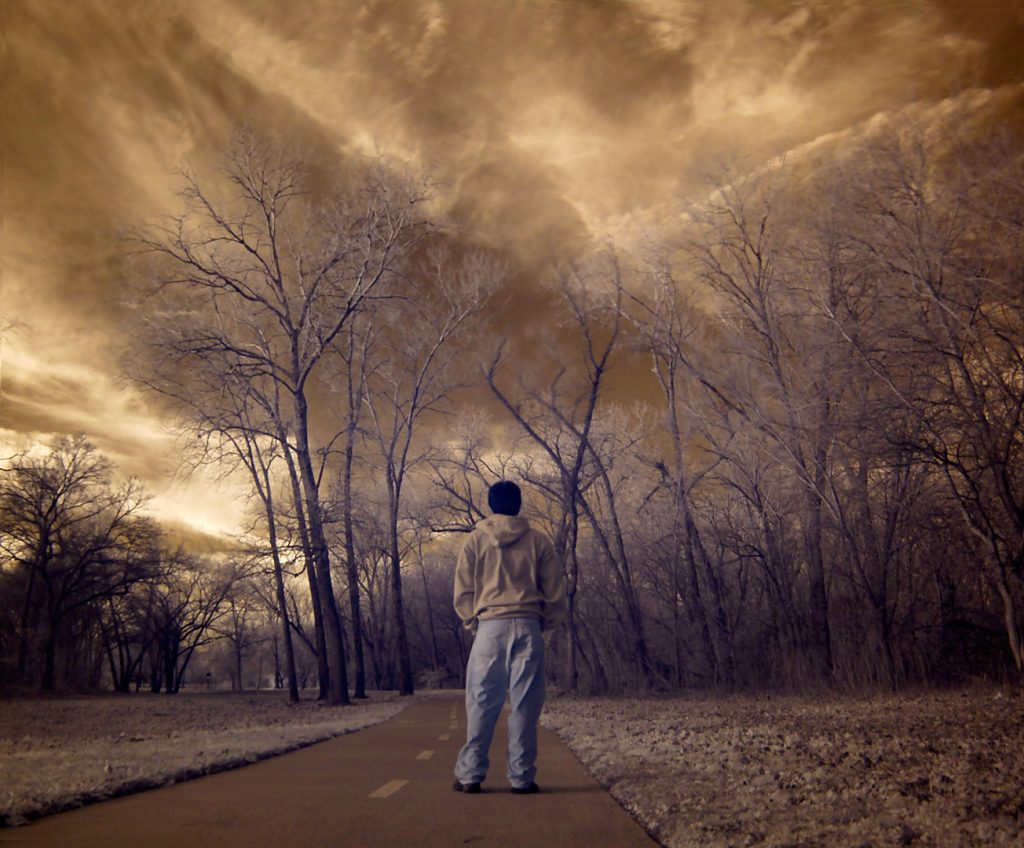 That is me a few years ago. I was 27 years old and I felt like my future was uncertain.

I guess everybody feels the same way when they are 27 years old, but still, I felt alone.

I was healthy, had a good group of friends and a talent for photography. I loved reading, going to concerts and learning new things. You could say I was doing fine, and I guess in some ways it was true, but to me none of that mattered. I stuttered. I was not doing fine, I might never do fine.

“How are they going to know how smart I am, if I can’t even say my name?”

I stuttered since I was four years old, but I never really called it stuttering. Nobody around me did.

When I started having trouble saying words, it had been just a couple of weeks since my parent’s’ divorce. It started with a few words here and there, but then it started happening more. My mother was worried and she wanted to help me but she didn’t know how. She also felt guilty.

You can’t say that my mom didn’t try. Over the years my mother and I visited neurologists, speech therapists, and even a “curandera”, a traditional Mexican healer.  One of them said that there was nothing wrong with my brain, the other had me read out loud, and the last one laid me down on a table and using a turkey egg, incense and some rosemary twigs; did a “limpia” on me.

But the stuttering was still there.

Growing up I did well in school. I had good grades and I didn’t get into much trouble, but there was an interior struggle that nobody knew about. Oral presentations were a disaster and I was terrified of being asked anything in class. I was not a loner but I felt lonely. I was always surrounded by friends but I don’t remember being part of many conversations. I always was more of an observer.

But what was this thing anyway?

I knew that it was difficult to predict. I knew I didn’t do it when I was talking to myself, but trying to use the phone was certain to fail. I knew that I could sing without a problem, but introducing myself was embarrassing 100% of the time. I knew that people don’t take you seriously when you stutter.

And there I was, picking up some plates one morning, when everything changed.

A woman, a regular at the restaurant, approached me and she asked me if I would be interested in getting some help with my stuttering. It was a surprising question, but she had shown interest in my speech before, so it didn’t catch me completely off-guard. She said that if I could write my name and contact information she would find me a speech therapist.

I said yes, wrote my name and email on a piece of paper and gave it to her.

A week later I received an email from her. I was to call Dr. Freeman, she was a Speech Language Pathologist who worked with people who stutter and had agreed to meet with me. She would be expecting my call.

Help had fallen from the sky, but you don’t just pick up the phone and call people– that’s scary. It took me more than two weeks to call the number.

When I finally gathered the courage to make the call, the voice on the other side of the phone was sweet and patient. She asked me questions I struggled to answer, but by the end of the call we had an appointment. Dr. Freeman and I met a week later.

We met at a building called “Center for Brain Health”, not far from my apartment, and we sat to talk. “You stutter and it is what we would call severe”, she said after a few minutes talking.  She told me it was incurable, but there was plenty of room for improvement. It was going to take me some time, but my speech would definitely improve, she promised. We started meeting at her office once a week.

She would ask me to speak slowly and to read out loud. She made me talk in front of a mirror. She taught me to stutter on purpose and to pay attention to how it felt, not just from an emotional perspective, but from a physical one. “Where is the block located? Where are you tensing? What can you do to release that tension? What are you thinking while this is going on? Can you explain all of this?”

We would work on speaking every day, but maybe more importantly, she would answer all my questions. Dr. Freeman demystified stuttering for me. She taught me that stuttering was even more complicated than I thought, but it was also not that big of a deal. She shared with me articles she had written and websites she thought I might like. She told me about the history of stuttering therapy, from ancient remedies to Charles Van Riper and Barry Guitar. She recommended meditation for me to learn how to control my negative self-talk, and yoga to “develop body awareness”.  She showed me recent advancements in genetic research and I remember having an important “a-ha moment” when I understood that stuttering was “just a rare genetic mutation”–nothing more, nothing less. Some people get blue eyes, I got a stutter.  It was unfortunate, but it didn’t have to control my life. It was just a small part of me.

When stuttering is no longer a mystery, you don’t wonder how the hell you do it. You know exactly how you do it. That’s when I started to understand stuttering.

And then, Dr. Freeman introduced me to other people who stuttered. 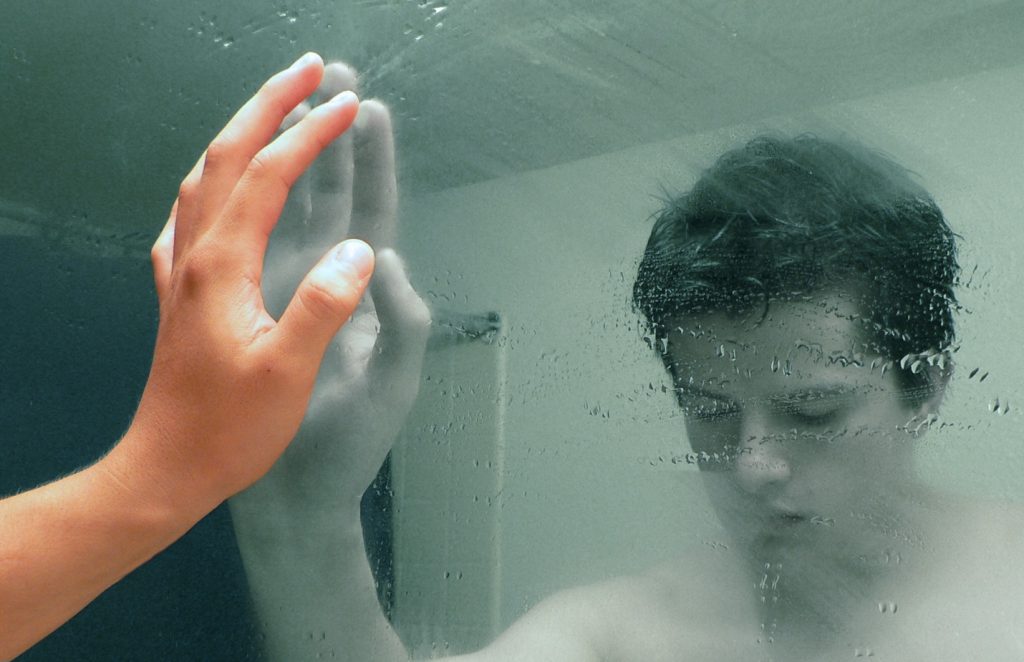 Dr. Freeman came with me to my first meeting of the National Stuttering Association. It was a Tuesday evening and we met in a big room inside a university. It’s hard to understand why, but I had never met another person who stuttered before that night.

It was very weird. At first I did not like talking to other people who stuttered. I realized that if I didn’t stutter myself, I would probably freak out and wouldn’t know how to react if some stranger started stuttering violently in front of me. Stuttering looks weird at times: we make faces, we look away, I know I have drooled on myself. Maybe people react the way they do because there’s no other thing to do– there was never an anti-David agenda.

I discovered Stutter envy. I didn’t know I could look at somebody and think “why is my stutter not as good as his?”–but also his opposite: Stutter pride, “Well, at least I don’t sound like THAT guy!” This helped me put my own stuttering in the right perspective.

But the most important thing, I learned how this thing connected every one of us. I could hear Russ tell the story of how, as a kid in elementary school, he would get anxious and sweaty when he knew his turn to read out loud in front of the class was approaching. I could picture myself in that very same moment. It didn’t matter that he was forty years older and that our background, culture and even nationality were different. I knew the exact feeling he was talking about because I had felt it too. 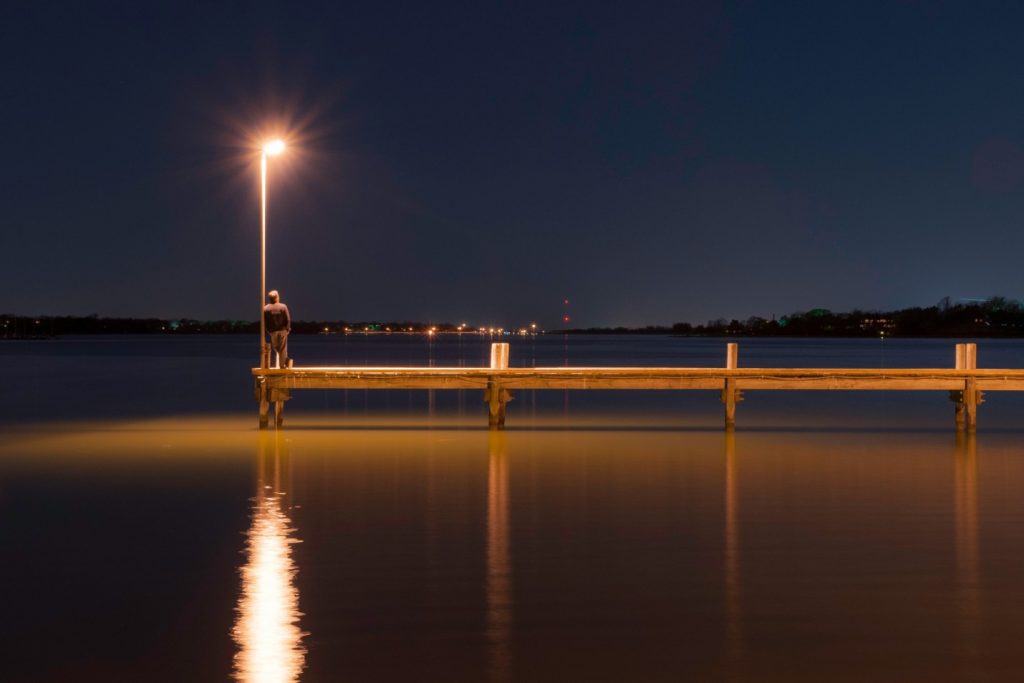 Meeting Dr. Freeman and being part of a support group changed my life.

It took many years, but I can truly say that speaking is no longer a problem for me. Not that I don’t stutter anymore, because I still do (and it’s still on the severe range, according to experts), but it’s not a problem anymore. Not to me anyway, and it shouldn’t be to you either.

Now, thanks to the National and International Stuttering Associations, and to the countless online support groups, every person who stutters has access to support. From Denmark to Pakistan, and from Canada to India, stuttering is everywhere. Talk to somebody. You don’t have to alone, join the tribe!

Over the years I’ve met many successful people who stutter, anything from lawyers and artists, to doctors and Oscar-winners. From all of them I learned that talking is just one part of the puzzle. Your future doesn’t depend on your stutter but on what you do with it– and you should try to do something with it.

A couple years ago I joined Toastmasters, a public speaking group, to improve my speaking skills and learn how to give speeches. Probably the most surprising thing I learned there was that everybody is scared of speaking. Everybody. And all of us overreact to that fear, giving it too much power over us. Giving speeches was scary at first but with practice I ended up loving it. In my two years with the club I have given many speeches and even participated in contests. Last spring I won the Area 31 International Speech contest, with a speech about stuttering.

So, how do you create a world that understands stuttering?

In the past few years I have spoken about stuttering at three universities, talking to hundreds of speech language pathology students at a time. I’ve volunteered for research and also presented at international conferences. I lead my local NSA chapter. I talk to people on the streets. I make jokes about it.

Turns out that stuttering for 30 years gives you a special kind of insight and people want to hear about it. The world wants to understand stuttering, it would just be easier if more people spoke about it.

So speak, you must.

A world that understands stuttering starts with you.