Parental involvement in therapy is essential within most evidenced based approaches for preschool children who stutter (e.g. the Lidcombe Program, Palin Parent Child Interaction, Family Focussed Treatment or RESTART-DCM). Increasingly, researchers and clinicians are considering the possibility that this may be one of the common features of such approaches which may be central to their effectiveness (e.g. De Sonneville-Koedoot et al 2015).

In the UK, once children reach school age many services move away from clinic-based therapy towards therapy being provided within schools. This, alongside increased use of direct therapy and the absence of an established, evidence based family-based alternative may contribute to less frequent involvement of parents in therapy for older children. At the Michael Palin Centre, we have found that involving parents, and often other family members in therapy, is essential for many school-aged children up to and including teenagers. All can benefit from therapy providing a safe space in which they can ‘speak their minds’ and be heard by those most important to them.

Why do parents of school-aged children need the chance to speak their minds?

Parents of children who stutter frequently report feelings of stress, uncertainty about the nature of stuttering and anxiety regarding how to respond to or talk about stuttering with their child (Millard & Davis, 2016; Plexico and Burrus, 2012). Many parents also carry a sense of guilt; that somehow something they did or didn’t do along the way has led to their child’s stuttering. So parents can benefit from therapy for themselves to help them work through their worries and complex emotions, allowing them to re-establish confidence in their parenting skills and be the best support they can for their children.

From a cognitive behaviour therapy (CBT) perspective, ‘negative automatic thoughts’ are positioned as the main driving force behind the often strong emotional responses to stuttering. In turn, these lead to physical responses by the body which influence the way we respond and behave; primarily by triggering the ‘flight-fight-freeze’ response. Together this is referred to as the ‘cognitive cycle’, or a ‘vicious cycle’. This framework can be a way of better understanding normal human emotional responses and behaviour. This model is commonly used with children and adults who stutter (Kelman & Wheeler, 2015; Menzies et al., 2009), but it can also be used to help us understand parents’ experiences and the impact of this on communication and the therapeutic process. Here we will explore aspects of the vicious cycle as it relates to parents of children who stutter.

Some parents have described their minds becoming “flooded” by worries as soon as their child stutters, for example: “if he’s like this with me, how will he ever talk to children in his new class”, “he’s not going to be able to say it”, “he’ll get laughed at”, “I’m not patient enough…I’m a bad mother”.

Parents have described many different emotions, for example feeling anxious, on ‘high alert’ and panicked in response to, or in anticipation of, their child stuttering. Some describe feelings of embarrassment or impatience. For many parents, experiencing such emotions can trigger secondary emotional responses, for example feeling guilty that they are impatient. 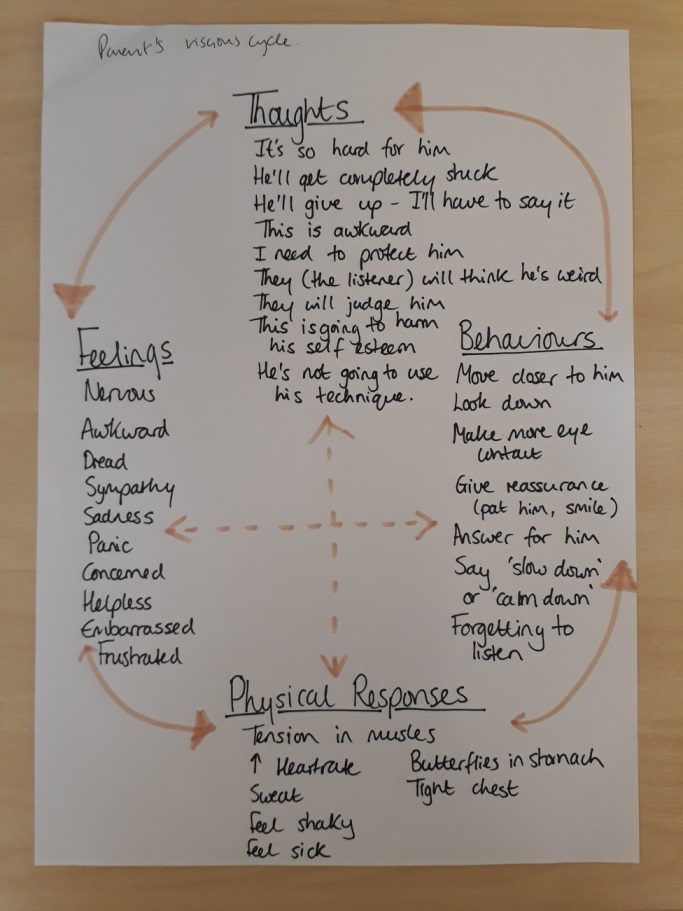 Figure 1: A parent’s vicious cycle in response to their child speaking to their teacher

Within families, how one person thinks, feels and behaves has a knock-on affect on how others think, feel and behave (see Biggart, Cook & Fry, 2007). This is possibly particularly relevant for stuttering as it exists primarily within interactions between people. This interplay between the responses of parents and children can be referred to as the ‘systemic bowtie’ (Neimeyer, 1993). Figure 2 details the responses of a father and his 10 year old son who stutters.

Figure 2: A ‘systemic bowtie’ for D and his father

In the example, the outcome (the child taking a step back, and the father speaking on his behalf) is at least in part driven by the father’s anticipation of the stuttering, the prediction that his son will “hate” the experience, and the associated emotional and physiological response those thoughts elicit. As a result, D will not get the opportunity to prove either to himself, or to his father that he can say it. By the time children reach school age, they are increasingly aware of the responses of others to their stuttering and most can give examples of what the people around them do when they stutter, for example ‘my mum tells me to take a breath’. By providing a therapeutic space in which parents can acknowledge their own feelings and voice their worries, parents can become more aware of them, and of the possible impact of their emotions on their own responses and any subsequent impact on the child. They then can actively choose to do something different, possibly something which may be considered more helpful by their child.

Of particular relevance, when working with school age children is the transition from working with children for whom ‘recovery’ is considered possible to therapy as being a way of supporting children to manage their ongoing stuttering as effectively as possible. The extent to which parents have considered the potentially chronic nature of their child’s stuttering will vary and the journey of coming to terms with this possibility will be different for everyone. When considering the longer-term view parents inevitably express worries about the child’s future; their ability to get a job, go to university, make new friends. Others may look back; ‘what if we had come to speech therapy sooner?’, ‘what if we had done more practice of the strategies?’, ‘what if I’d had more time to spend with the children?’….. By allowing parents the space to voice their worries we can be in a position to support them through this transition, provide accurate information and reassurance.

Parents who stutter themselves may particularly benefit from being given the chance to speak their minds. Some will have had their own negative experiences; bullying they experienced, or jobs they have been turned down for, which may affect how they anticipate their child’s future and add to their concern for their child. Others may be fully accepting of their stutter and find it harder to understand why their child struggles with it. Some will have had their own experience of speech therapy which will help shape their expectations and opinions about what we as therapists should and can offer.

How will giving parents the opportunity to speak their minds influence therapy outcomes?

Involving parents from the start of the assessment process allows us to fully understand children’s stuttering over time, across different settings, to understand the often complex interplay of factors which may influence fluency and communication both in the past and in the present (see Kelman & Nicholas, 2008 for more detail). Parents are able to provide detail and insight about temperament, linguistic, physiological and environmental factors that are relevant and that contribute to the development of an individualised therapy programme. For example, if parents inform us that their child is generally highly emotional, or that they feel unsure about how best to support them with managing their emotions, or that the child stutters more when their emotions are running high, then our recommendations for therapy are likely to include support for the family in dealing with feelings.

Most parents will bring their child to therapy with some expectations about what will be done, how it will be done, and the ultimate outcome. The therapy we offer may well be consistent with parents’ expectations, however in some cases it may not. Giving opportunities to express their ‘best hopes’ about what they or their child may gain from therapy allows for genuine joint goal setting whilst trying to align parents’ and children’s goals, and opens up discussion about what may be ‘realistic’ or achievable therapy outcomes (Berquez et al., 2015).

Continuing to bring parents’ voices to the fore throughout therapy is invaluable as parents’ and their children’s emotional and behavioural responses to stuttering become inextricably linked – as illustrated in the ‘systemic bowtie’ (Biggart et al. 2007). Just as for children who stutter, talking about stuttering can be important in the process of ‘desensitisation’ for parents (for more detail see Berquez & Kelman, in press). Therapy can provide parents with an opportunity to explore ways of talking about stuttering that makes sense for them and their child. By learning about stuttering alongside their child, developing a shared understanding and a vocabulary with which they can talk about it together, an environment in which it is OK to ‘speak your mind’ can be created.

Therapy sessions can become a starting point for further discussion at home and within the wider family by creating a space where both children and their parents can openly speak about stuttering. This can be enormously helpful in the process of taking what has been covered in sessions into everyday family life and may be one factor that helps to maintain therapeutic change (Fower, unpublished 2016).

Parents’ perspectives will be an important consideration when evaluating the outcomes of therapy. They can provide information about the severity and impact of stuttering across different situations as well as an insight into transference of skills outside of the clinic context (Millard & Davis, 2016). Involving parents in decisions regarding the direction of therapy and being involved in the process from the beginning, can help parents to feel more satisfied with the therapy, more knowledgeable and more confident in their own ability to help their child to make progress (Plexico & Burrus, 2012), and thus increasing chances of successful outcomes, whatever that might mean for them.

Parents of school age children have just as much to contribute and gain from involvement in the assessment and therapy process as those of pre-schoolers. They are dealing with the additional stresses associated with coming to terms with the increasingly chronic nature of stuttering and need to be equipped to deal not only with their own emotional and behavioural responses, but those of their child. Therapy is likely to be more appropriately focused and ultimately more successful if parents are given the opportunity to ‘speak their mind’ and to have those opinions listened to and taken into account during all steps of the therapy process.

Berquez, A., & Kelman, E. (In Press) Methods in Stuttering Therapy for Desensitising Parents of Children who Stutter. American Journal of Speech-Language Pathology

Fower, K. (2016) Post-therapy experiences: what can we learn from parents of children who stutter? Unpublished manuscript. University College London