For many decades I have been both a baseball fan and a person who stutters. It feels natural to combine these two interests; particularly at NSA and Friends’ Conventions, during the summer, which I think of as “stuttering season.”

When I hear of an upcoming conference, I check to see if the local team is scheduled at home that week. It is fun to attend games with a group from a conference. At the game we talk about baseball, of course. As a mental health professional, it is natural for me to want to check in with first timers, for whom the conference can be an overwhelming experience.

Today’s Throwback Thursday is from the 2004 Friends Conference in San Mateo, California.  My friend Nora O’Connor was co-coordinating the conference. We worked together on an outing to a San Francisco Giants game.

Nora was in touch with the Giants. Folks who registered for the conference attendees could also contact me for baseball tickets. It was awesome that Nora arranged that a group of Friends’ kids would sing “Take Me Out to the Ballgame,” which is a tradition during 7th inning stretch. And even more so that she thought of me to be a part of the group!

That night, at the top of the 7th inning, our group was brought down to the seating directly behind home plate. We crouched until the inning ended. Then we stood up and proudly sang! What a fun and memorable experience that was.

How nice to know that several of the children in this photograph are still involved with Friends as young adults, to help give back. 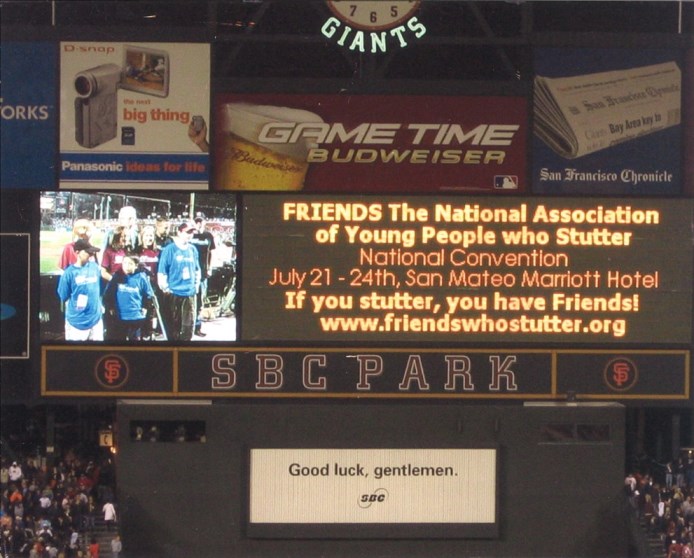 Also shown here is a photograph from 10 years later, of me and Nora at a Chicago White Sox game during the Friends’ Conference in 2014. 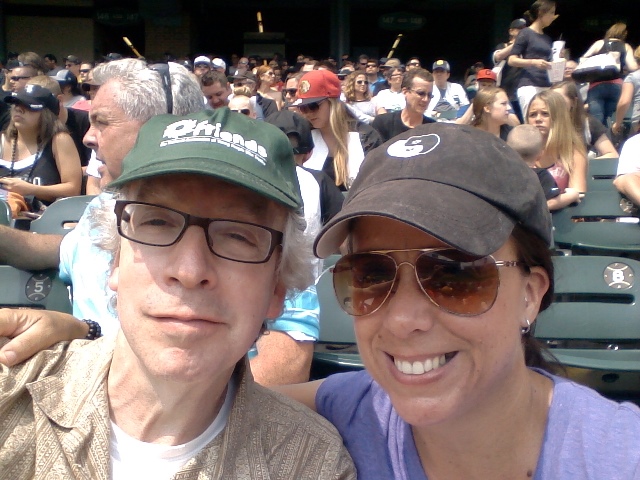