As with my earlier posts this October, I am writing again about my experiences at conferences for people who stutter.

When I was first around in the early 1990’s, the NSA was still called the National Stuttering Project. I met Michael Sugarman early on, and appreciated him as someone to talk with. I did not yet understand his place within the social and historical and social issues contexts of stuttering.

I remember examples of advocacy then. Ira Zimmerman was the Advocacy Committee Chair, and led protests of films such as “My Cousin Vinny.” As for myself, I wrote a letter to Jerry Lewis, objecting to his making fun of the awesome Mel Tillis’ stuttering during the annual Labor Day Telethons.

The years passed. I still stuttered, but had become more comfortable dealing with people, and even in using the telephone! I had begun working in the nonprofit field, and thought of returning to school for my MSW. It helped to talk with Michael about his work as a social worker.

t the NSA Conference in Atlanta this past July, Michael facilitated a workshop about the early years of the organization. NSP had been founded by Bob Goldman and Michael in 1977. He had been being co-founder and an early (and later in the mid-90’s) Executive Director of the NSP. John Ahlbach later served as Executive Director.

It was fascinating to learn more about the group’s activist history in the San Francisco Bay Area. We who were present were encouraged to peruse a bulletin board of flyers from that time.

There was a poster for a “Stutterers Ball” from March 1980. A more serious example was a letter which Michael co-wrote in May of 1981 with the Director of the Disability Rights Education and Defense Fund, Inc., about the news media exaggerating the significance of an accused murderer being a stutterer. As someone who believes that stuttering is a disability, it is significant to me that even decades ago Michael coupled the NSP with a disability rights organization.

The courage of these early leaders of the stuttering movement helped to transform the experience of all who stutter, by giving us self-worth and dignity. 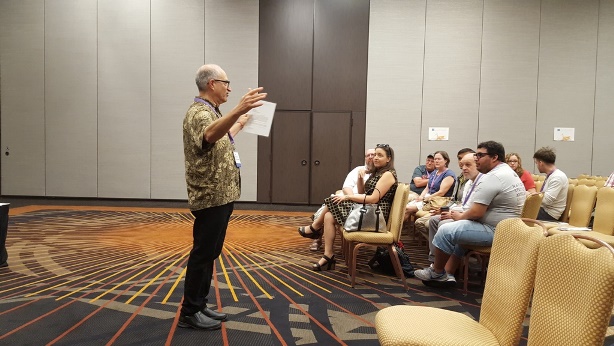 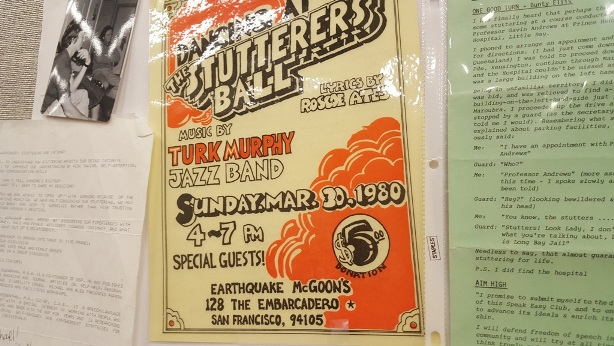 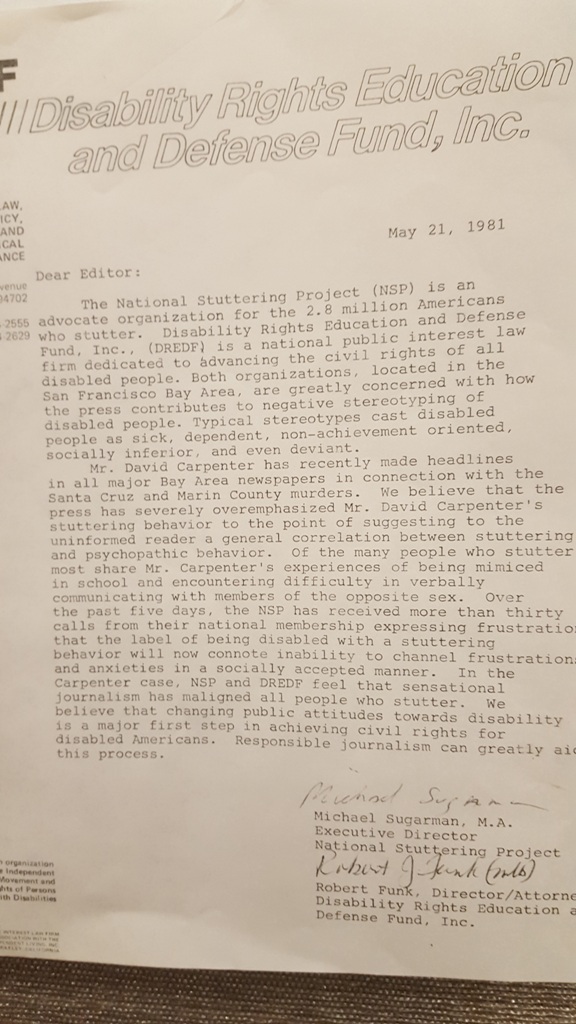